This is a piece that I recently finished, which took me a while to complete. It’s composed of a vintage jack in the box, neon, and an old, rubber devil head. 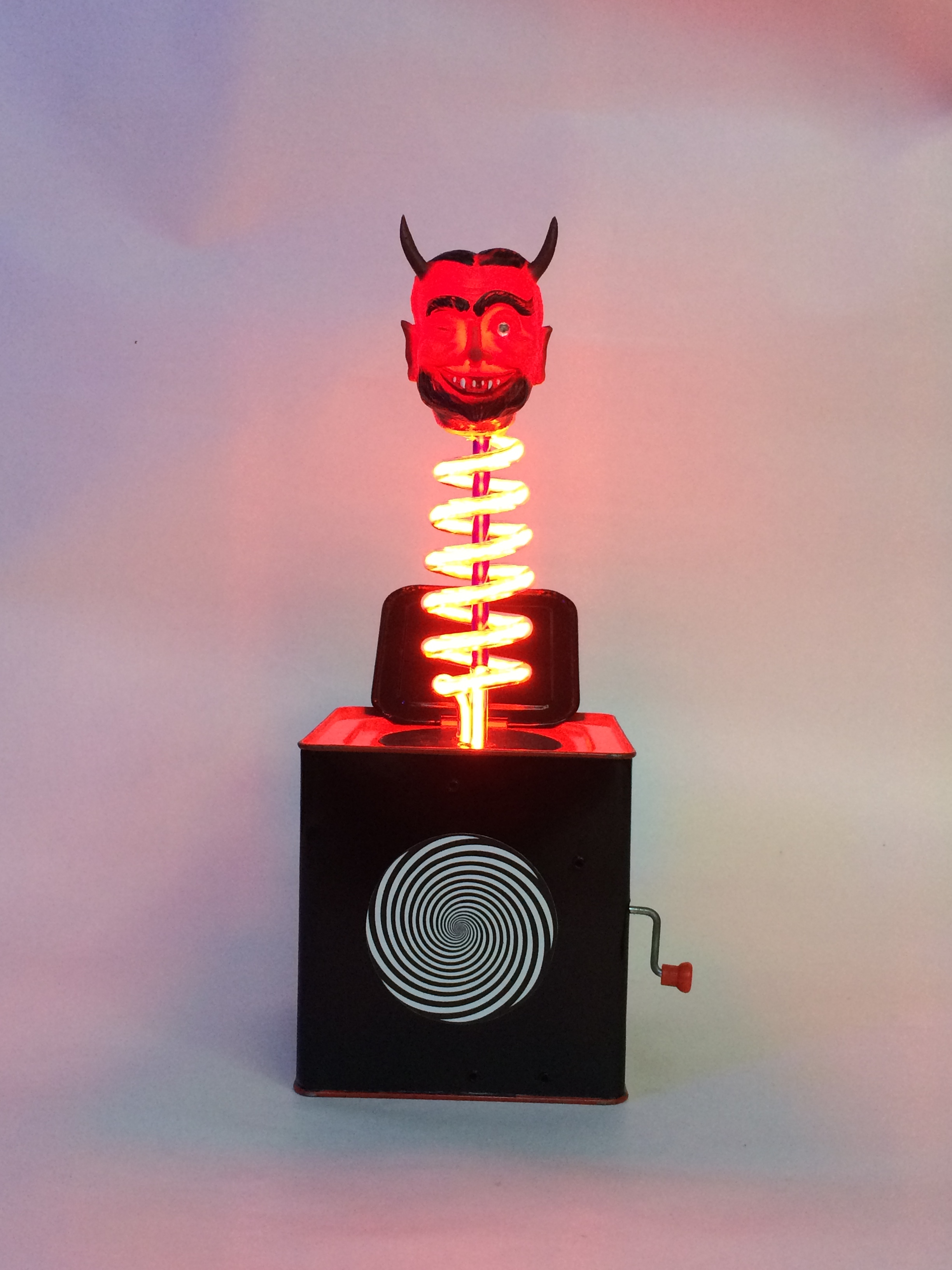 I had an idea a while ago that I wanted to use an old jack-in-the-box as a base for a neon sculpture, but it took a while to find the right topper. 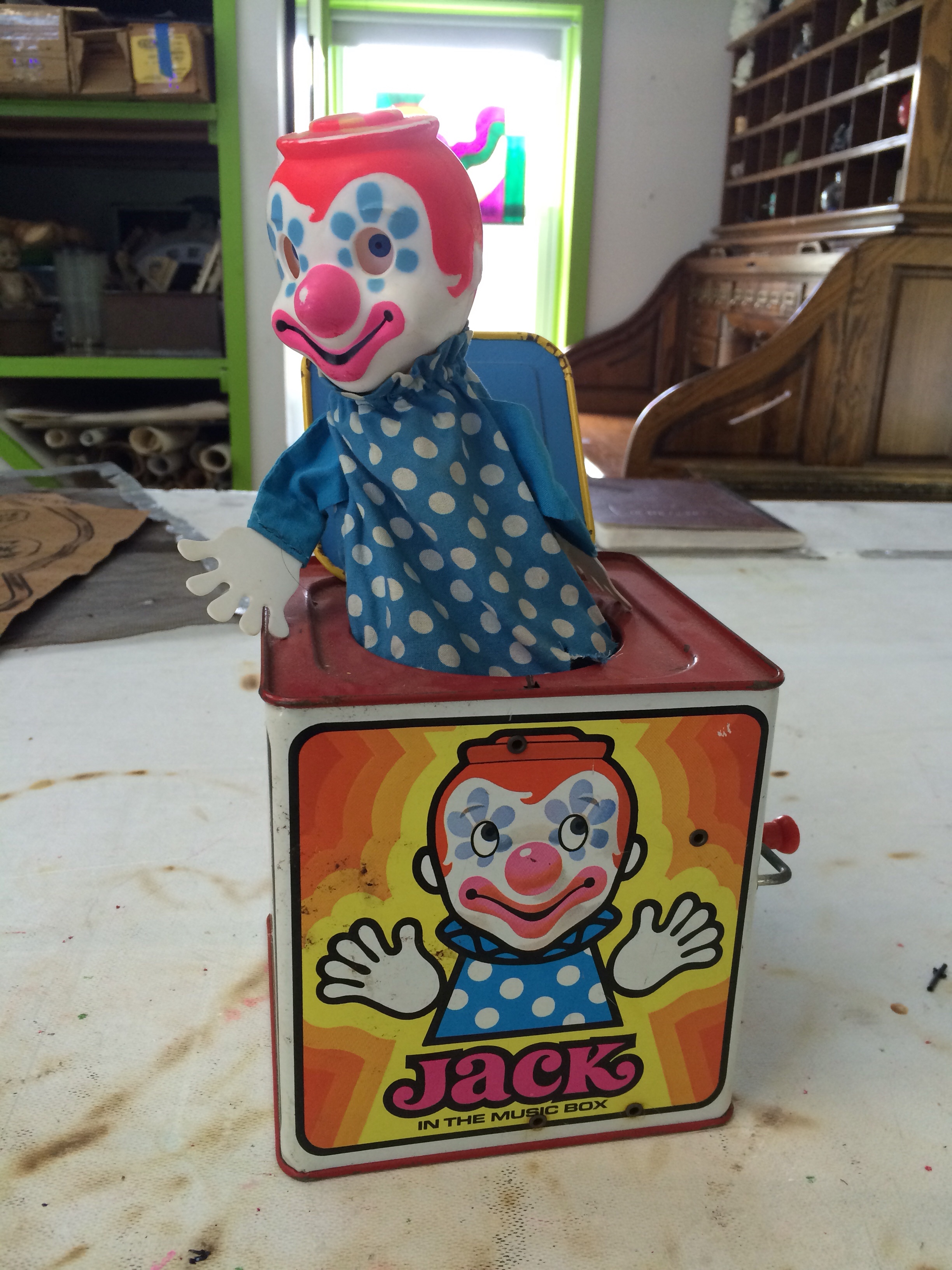 I found this guy on eBay. I’m not sure what his original purpose was. Maybe he was a puppet. He looks a lot like a devil head that was on an old episode of The Twilight Zone, starring William Shatner, called “Nick Of Time.”

The first thing to do was to liberate this clown from his metal box. 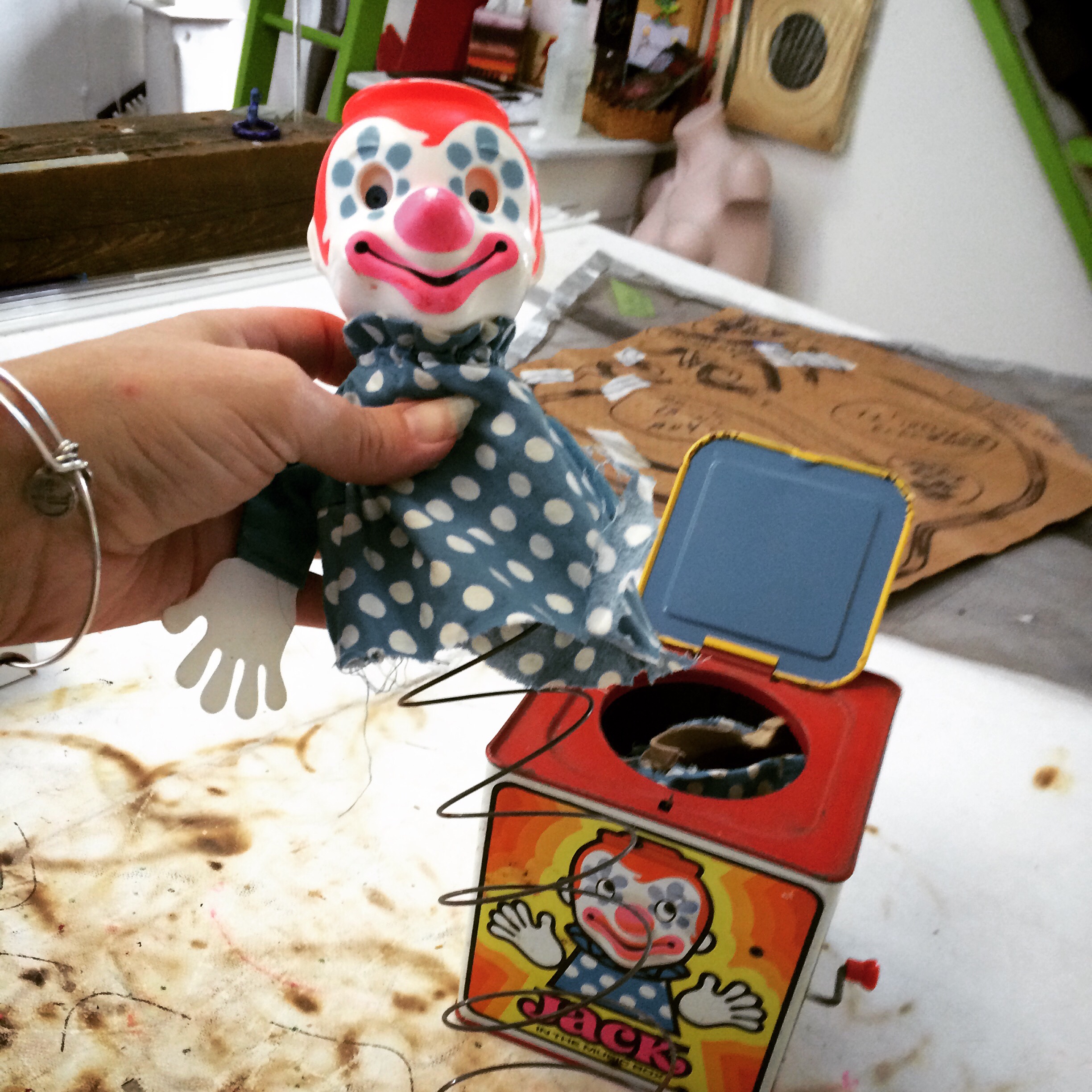 The best part is that I was able to keep the music box intact so the neon piece could have sound. Cool!

Next, prepare for painting. I went with black on the sides but decided I liked the red top so I left that in place. 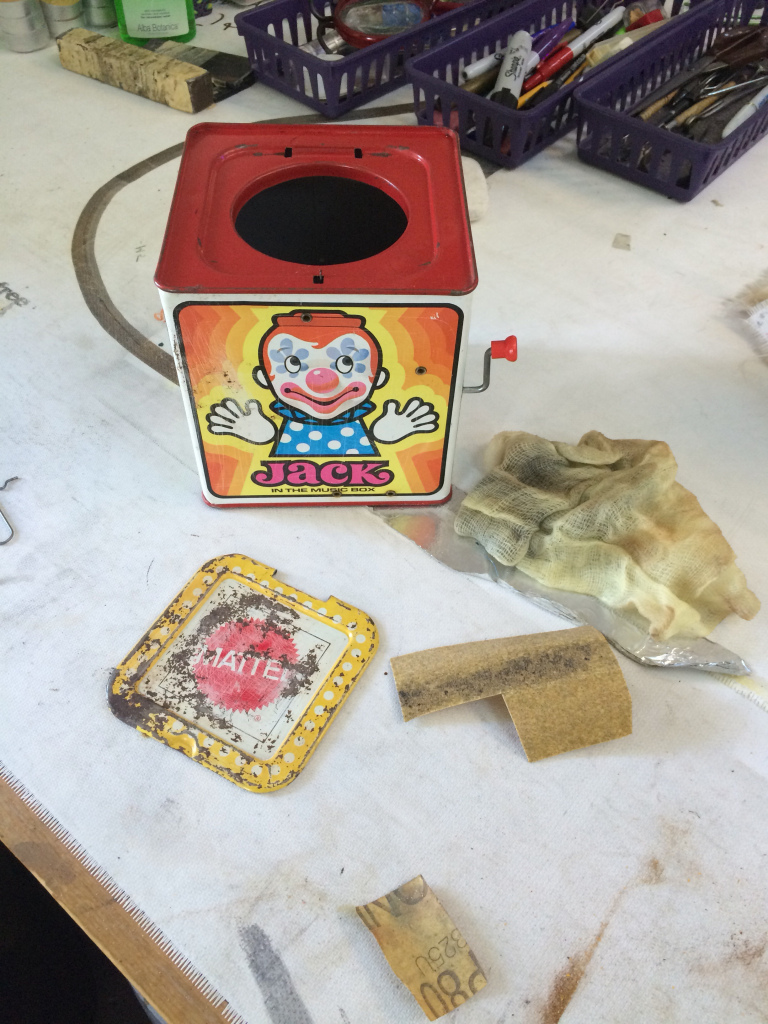 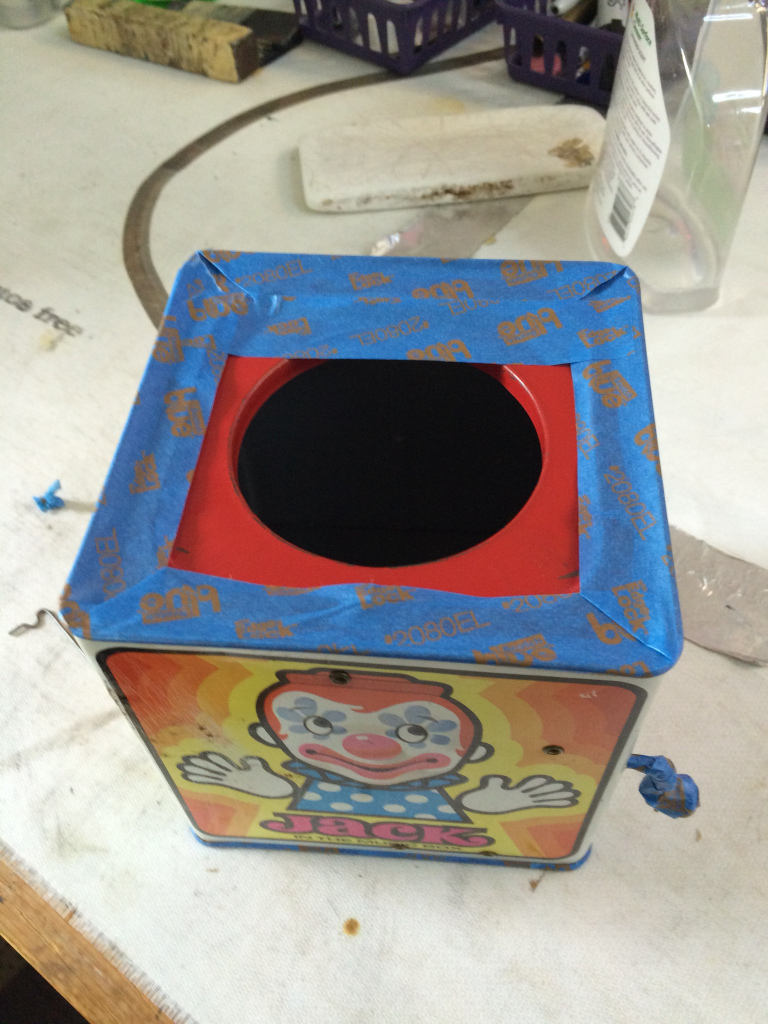 After it was painted I put the transformer in the box. 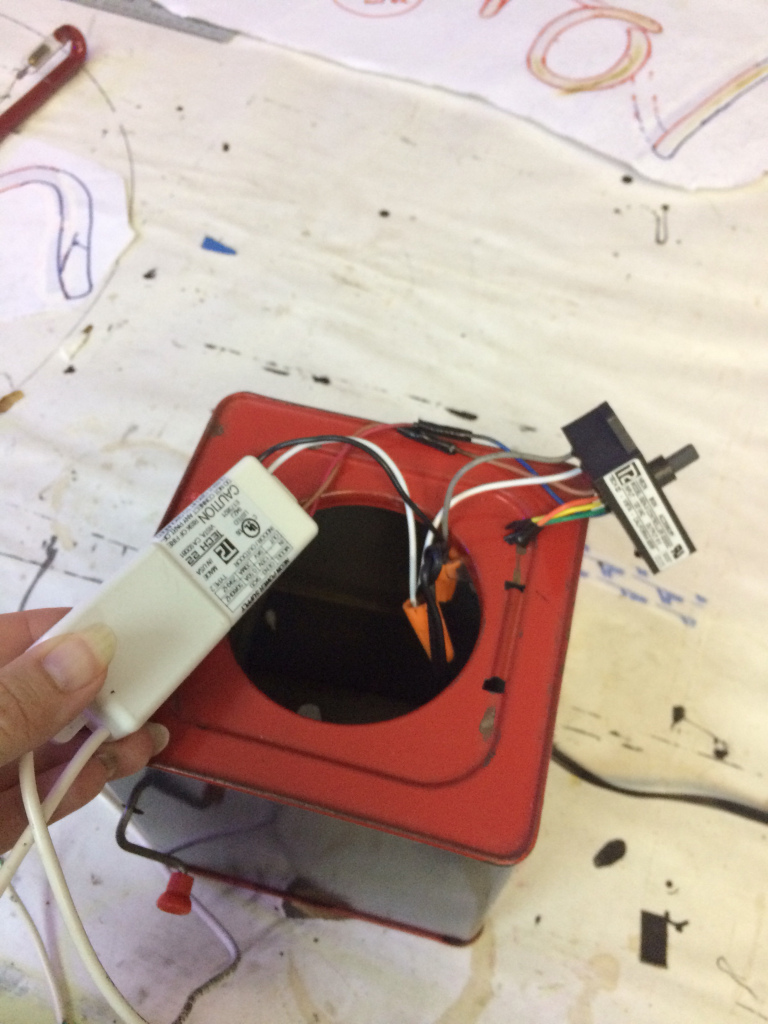 I made a cover from a wood disc, which I also painted black. 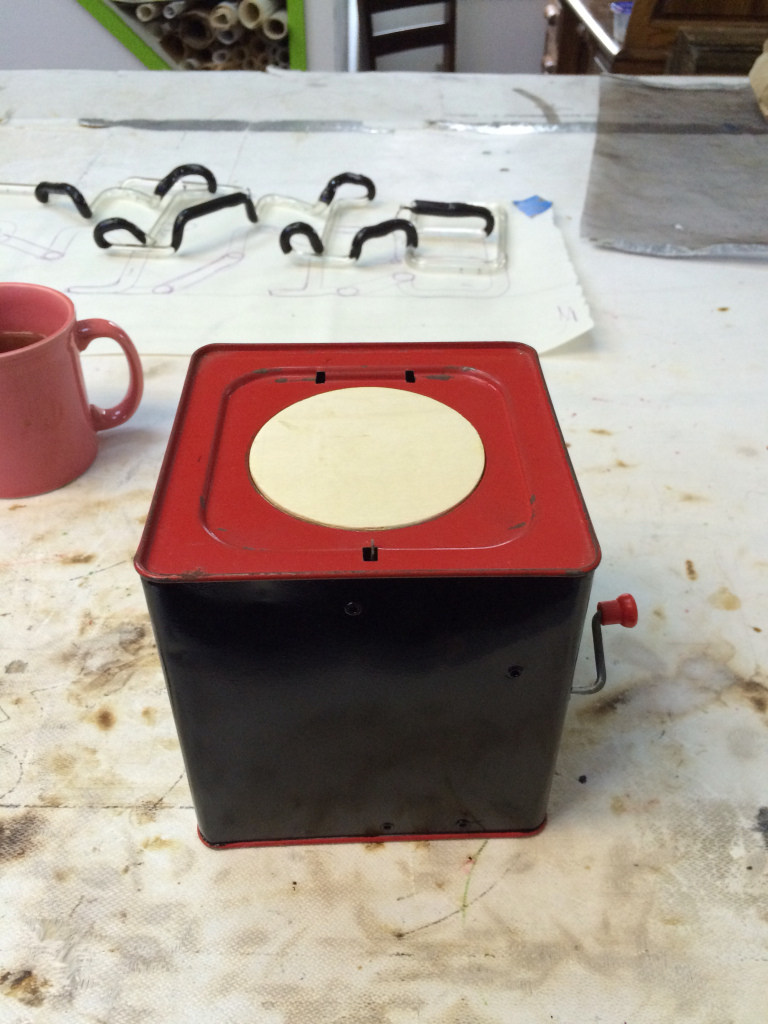 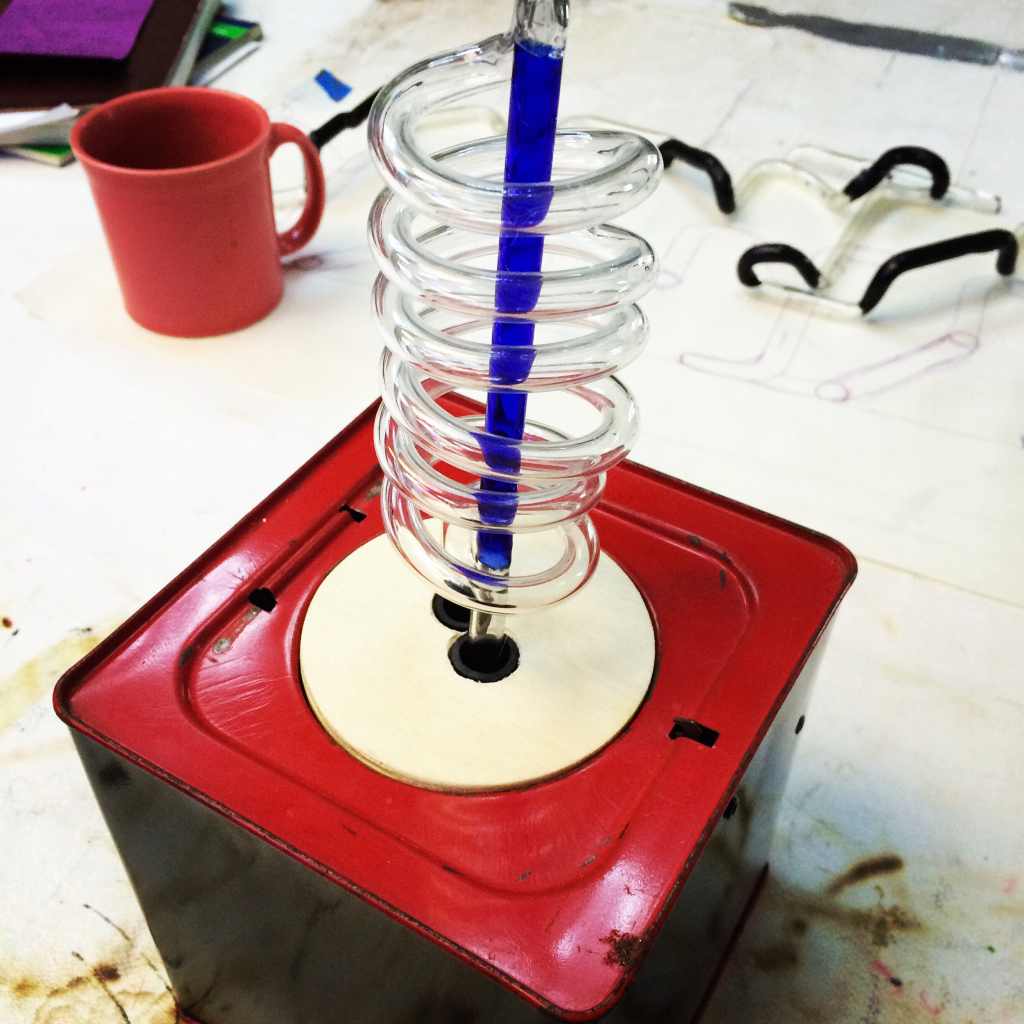 I decorated the sides of the box with a sticker of a hypnotic swirl. 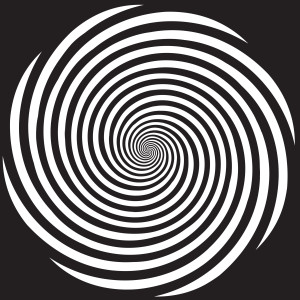 The final touch.  A clear gem for his eye. 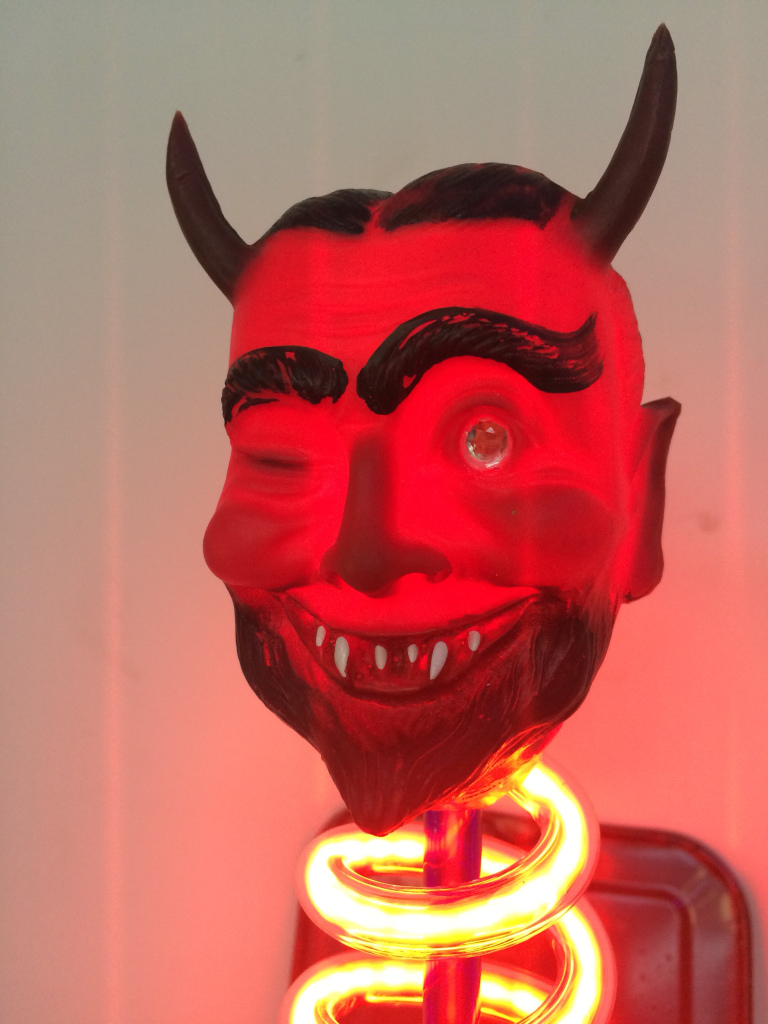 Categories: A Peek Inside MY Process 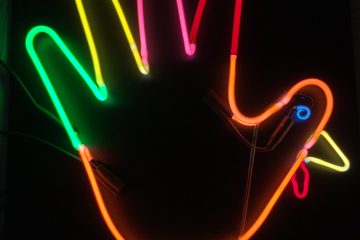 A Childhood Pastime (in neon)

Do you remember tracing your hand when you were a kid to draw a turkey? That was the inspiration for this guy. I made him a few years ago at the suggestion of my husband, Read more… 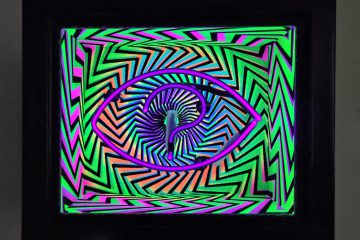 Just finished up this fun little piece. I bent the neon shape out of 8mm uncoated blacklight tubing. It lives inside a box frame that I built, then lined the inside with a repurposed blacklight Read more… 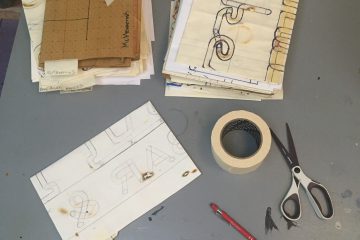 Recently, I finished the project of changing the organization and storage of my neon patterns. I didn’t realize what I was getting myself into when I started and it ended up taking me about 7 Read more…